Even before running for President of the United States, Donald Trump was known to be controversial and unpredictable. Mr. Trump’s unpredictability and controversial nature became more evident during his presidency campaign and even more so with actions taken under his capacity as U.S. President. One of his radical and/or unexpected actions as POTUS (President of the United States) includes the ban on Muslim countries, and most recently, the sweeping dismissal of 46 U.S. attorneys.

One such attorney was Preet Bharara, the US Attorney for the Southern District of New York (SDNY), appointed by President Obama in 2009. Mr. Bharara was good at his job, being described as the Zeus of the SDNY. Cases he prosecuted involved terrorism, international crime networks, drug traffickers, cybercrime, financial crimes, including Ponzi schemes, and insider trading. As such, people might question the decision to “dismiss” Mr. Bharara and similar United States Attorneys.

However, a new presidential administration requesting resignation of US Attorneys is common, and has happened in our nation’s history previously. Yet, it has to be asked whether there is a method to madness by the Trump administration.

Consider, for example, how migrants often risk a treacherous journey across the U.S. border in search of a better life for themselves and their loved ones back home. They endured long periods of separation from their families to achieve the goal of working hard to send money home or to earn enough to bring their families to the United States. 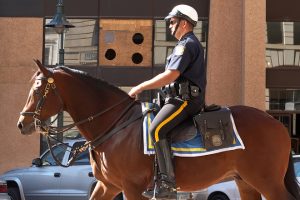 Trump’s presidential campaign was largely based on his promise to stop border crossings with construction of a wall and mass deportations. The 40% decline of border crossing in February shows can offer a rational explanation to extreme methods. But what of those immigrants already living in the United States?

A report released in February 2017 stated that of 11.1 million illegal immigrants living in the United States in 2014, one in five lived within the New York and Los Angeles Metropolitan areas. Whatever President Trump puts into plan and executes could potentially have a wide spread effect on many individuals living and working in New York State. What will this mean for immigrants in NY, Westchester County and surrounding areas? This remains to be seen. But, why leave your and your family’s future in the hands of someone else?