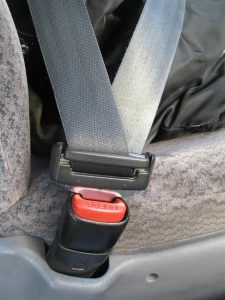 END_OF_DOCUMENT_TOKEN_TO_BE_REPLACED

The law, NYS VTL§ 1180b, states that a driver must comply with posted maximum speed limits. Meaning that a person cannot drive faster than the posted speed limit sign. Everyone knows what a speed limit signs looks like and what it means.

END_OF_DOCUMENT_TOKEN_TO_BE_REPLACED

Talk about the Trump Administration ending Parole in Place (PIP) for military families is a hot topic and creating a lot of buzz in the immigration world. But, lets break it down. What is PIP and how will the end of it affect those who are swept under its protective umbrella?

Parole in Place was established by USCIS to help eligible family members of past or current U.S. citizen members of the U.S. military to attain lawful permanent residence.

END_OF_DOCUMENT_TOKEN_TO_BE_REPLACED

“Buckle up, it’s the law.” So we have all been warned. The truth of the matter is that seat belts can save lives in a car accident. Adults know the consequences of not “buckling up” and bear the risk. But, children do not. That is why the law and courts take this violation seriously, especially for children who are passengers in a car.

With few exceptions, the law says to drive a car, the driver and all passengers must wear a seat belt. Pretty straight forward, but what are the consequences of  a No Seat Belt ticket?

END_OF_DOCUMENT_TOKEN_TO_BE_REPLACED

A NYC default convicted can be a very big deal and cause major headaches for a local driver and out of state motorists. But, it is first important to understand the structure or procedure of the courts in the five New York City boroughs: Bronx, Brooklyn, Manhattan, Queens and Staten Island.

These courts are run by the Department of Motor Vehicles, Traffic Violations Bureau (NYC DMV TVB). The DMV is an Administrative Agency and is not controlled by a city, town or village court. The NYC DMV TVB has their rules. The biggest difference between the DMV TVB and other courts is that there is no “plea bargaining” or reducing points through a negotiation process. This means that a driver cannot talk to the officer or prosecutor and ask for a parking ticket instead of what he or she was originally charged with. Rather, every ticket must go to trial. Yes, a real trial in which there will be direct testimony and cross-examination. At the end of the trial, it is up to the judge to decide whether or not the driver is guilty of the original charge. If the judge decides that the driver is guilty, then points will be added to his or her driving abstract (driving history) and other unwanted consequences can happen, like a DMV assessment fee.

END_OF_DOCUMENT_TOKEN_TO_BE_REPLACED

What is the Move Over Law?

The Move Over Law, New York Vehicle and Traffic Law Section 1144A (NY VTL § 1144A), requires drivers who approach a stopped police, emergency, or hazard vehicle to move over to the left.

END_OF_DOCUMENT_TOKEN_TO_BE_REPLACED

It has probably happened to you or someone you know because it happens more often than you think. What are we talking about? You get into an accident and the police arrive at the scene. After making, and issuing, a police report several tickets are handed to one of the drivers. Here is an example:

Toby works in Yonkers, New York. After a long day at work he is driving home to Elmsford, NY. Toby is a good driver and has a clean driving record. While driving on the parkway, Toby quickly checks his rearview mirror, but his eyes focus on the road just in time to see the car in front of him at a dead stop. Unable to stop in time, Toby slams into the back of the car with a load “BANG!” After an initial evaluation of the situation the police are called and the officer issues Toby a traffic ticket for following too closely (VTL § 1129-a). What? Not fair! The officer was not there when the accident happened. Can he issue Toby a ticket for a traffic infraction he did not witness?

These are excellent questions and exactly why you should consult a traffic ticket lawyer if you received a traffic violation from a police officer who did not witness the violation. At The Claro Law Firm, we will fight your ticket and fill you in on your rights, which can be the difference of having your ticket dismissed or accruing points to your driving record. The traffic ticket attorneys at The Claro Law Firm know what law firm’s who do not concentrate in traffic law do not know: a police officer cannot write a motorist a traffic ticket for a violation that happened when he was not there. The law says that in order for an officer to have authority to issue a motorist a traffic ticket, the violation must have happened in the officer’s presence. Even so, police officers often write tickets after they are called to the scene of an accident. However, if the offense you are charge with was not committed when the police officer was presence, this can be a basis for having your traffic ticket dismissed.

END_OF_DOCUMENT_TOKEN_TO_BE_REPLACED

Here is a true story. Liza desperately needed a vacation after a long semester at college. Long days at school, studying, and temporary jobs had taken their toll. Liza met her sister AJ and they were headed for home. A road trip with her sister would be nice, but the nearly 1,000 mile drive from Idaho to California would be a killer. Liza roared through the open road, hair blowing in the wind, she smiled at the thought that home was just 50 miles away. Home sweet home! Flashing lights and a blaring police siren jolted Liza from daydreaming of home. Noooooo! Liza was being pulled over for speeding. How would this out of state ticket affect Liza’s NYS driving record?

Like Liza, many NYS drivers worry about how out of state tickets will affect his or her spotless driving record.  But, not to worry – virtually all out of state traffic convictions do not add violation points to a New York State driving record. The exception to this is traffic offenses committed in two Canadian providences.

Moreover, New York State will not suspend a person’s driver license if he or she fails to answer a California traffic violation (scoff). In fact, California is one of six states that will not suspend a NYS driving privileges for failing answer a traffic violation.  The other states are Alaska, Michigan, Montana, Oregon, and Wisconsin. In all other states, New York State driving privileges will be suspended until you submit proof to the NYS DMV that an outstanding ticket has been resolved.

END_OF_DOCUMENT_TOKEN_TO_BE_REPLACED

No one ever plans on getting a traffic ticket; and to be honest, they are annoying and confusing. They can also blemish a clean driving record or a nail in the coffin for a driver with too many points on his driver’s license. Anyone who has ever gotten a traffic violation has asked: “How do I make a traffic ticket go away?”

The truth is, traffic offense is unlikely to “go away,” but there are different ways to handle or fight a traffic violation. Some ways involve going to court and others avoid court altogether. The ways to resolve a traffic ticket in New York State are: