As the New York State Trooper’s bright flashing lights shone through Daniels back window, he felt his heart pound and a wave of nausea. By the time the officer got to his window, his face was covered in a cold sweat. The day had started off bad, and had progressed to worse. It was one of those days he should have cancelled all appointments and stayed in bed. But, sometimes being home and tending to its responsibilities was worse than dealing with clients. It was the call from home that had caused him to speed. He normally was so cautious about speed limits, but when he saw an opening to pass the car that had him boxed in on 1-87 just north of Yonkers, NY, he hit the gas in his 580 horse power twin turbo engine sports car and flew past the other car. 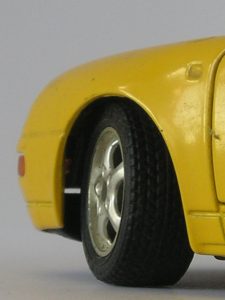 He heard the officer, but it sounded like background noise because he was too upset to focus. Forty miles over the speed limit is what the officer clocked him at when he passed that old timer on the interstate near Greenburgh, New York. Daniel could imagine the problems the ticket would raise at home. Plus, this would be an expensive fine.

A ticket for going forty miles plus over the speed limit will accrue eleven points on your driving record if found guilty or you plead guilty. One possible penalty is suspension of your driver’s license. And that is not to mention the increase in your insurance, which can cost thousands of dollars over the course of years. Although taking a DMV approved Point and Insurance Reduction Program (PIRP) course can mitigate four points that have accrued for suspension purposes. The points however, do not literally come off your driving record. Moreover, the NY DMV charges a driver a responsibility assessment fee for various infractions. One such infraction is accruing 6 points or more in an 18-month period. The fee is charged over a period of years, and its total ranges from $300 to $750. BUT, just because you accrue 11 points in an 18-month period, does not mean you have to lose your license. What you need is to hire the right attorney to handle your case.

The Claro Law Firm has handed thousands of traffic ticket cases. We are familiar with the ends and outs of traffic matters and court proceeding, including familiarity with police officers, assistant district attorneys, and city, town, and village prosecutors.

The Claro law firm has many clients like Daniel mentioned above who are completely satisfied with our work. We represent drivers in the Westchester County area and throughout the state of New York. Allowing us to represent you will likely save you money, especially when compared to the alternative of increased insurance premiums for high point tickets. Give The Claro Law Firm a call today at 917 300-3334 or visit us on our website. Sneak peek – our upcoming blog topic will be about the responsibility assessment fee, so come back to our website soon.