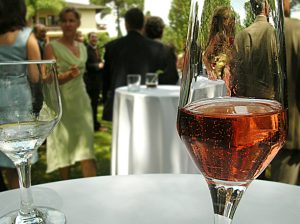 You are at a social event and the night lasts longer than you planned. Although you have been drinking, you feel fine and decide to drive home. A block from home you see bright colored flashing lights in your rear view mirror and your stomach feels like you are in a free fall as you realize that you are being stopped by a police officer. You fear the worst as you pull the car to the side of the road. The officer asks you if you have been drinking. Of course you deny it, but he asks you to perform a field sobriety test anyway. Then it happens. He arrests you for Driving While Intoxicated. The officer reads you something about the consequences of refusing to submit to a chemical test and then he asks you to take one. To submit or not to submit is the big question. But, with no one there to help you or tell you what to do, you refuse. What happens now?

This scenario frequently happens. Everyday motorists are issued DWI in Yonkers and White Plains and counties throughout New York State, including Westchester County. The real question, however, is what happens next?

First, it is important to know that refusing to submit to a DWI chemical test triggers what is called a DMV Refusal Hearing. This is separate and aside from the DWI criminal charge that is handled in a New York State Criminal Court.

A DMV Chemical Test Refusal Hearing may be conducted in a courthouse, but it is not an adjudication of the DWI criminal charge. The hearing is conducted by a DMV Administrative Law Judge (“ALJ”) and can be thought of as a mini trial that is limited to particular issues. There is no jury and at the end of the hearing the presiding judge will determine and rule on the issues presented at the hearing. However, upon refusal to submit to a chemical test, a motorist’s driving privileges are immediately suspended and at arraignment his or her privileges are suspended. If the motorist is found to have refused to submit to the test within the meaning of the law, his or her driving privileges will remain revoked for 1 year.

What Is Decided And What Is The Process?

New York State Vehicle and Traffic Law (“VTL”) section 1192(3) governs a DWI charge. The VTL limits the DMV Refusal Hearing to four issues. It determines if: 1) the police officer had probable cause to stop a motorist; 2) the police officer made a lawful arrest; 3) the motorist was giving a refusal warning within the meaning of the law; and 4) the motorist refused to submit to the chemical test.

Next, the defense attorney is allowed to take testimony from the defendant or from other witnesses. The Judge can then cross-examine the witnesses. Subsequently, the defendant’s DWI Refusal Hearing attorney makes closing remarks. After which the Judge decides and rules on whether or not all four issues presented at the hearing were met.

New York State DWI chemical test refusal hearings are complicated and most certainly require an attorney. The Claro Law Firm serves Westchester County, including Peekskill, New Rochelle, Mount Vernon and Rye and is here to see to it that you get the legal representation you deserve. To schedule a free traffic consultation with a traffic attorney, call us at 917-300-3334 or contact us online.