Will a Yonkers, NY DWI affect my permanent residence in the United States? Will a misdemeanor charge out of Manhattan, NY affect my green card status? Many people lawful permanent resident or green card holder ask such questions. They wonder and worry whether certain crimes or charges will affect their US resident status. The good news is that not all crimes and charges will, but some do.

A DUI and DWI is among the long and complicated list of deportable offenses found in the immigration law. However, it is and is not a deportable offense. Here is why. One or more DUI by itself does not mean automatic deportation. But, if coupled with aggravating factors, then it can qualify as a deportable charge. Driving with a suspended license, Driving Under the Influence and getting into accident and injury occurred, or having a child in the car at the time of the offense are examples of aggravating factors.

The U.S. Citizenship and Immigration Services (USCIS) can consider a DUI or DWI charge with aggravating factors a crime of moral turpitude (CMT). A CMT that carries a possible prison sentence of one year or more and was committed within five years of admission into the US, by itself is enough to constitute a deportable offense.

To make matters more complicated, if a permanent residence already had a CMT on his or her record, accruing a second one can trigger a deportation. Moreover, a drug related DUI, and not an alcohol DUI, can also cause deportation problems, because it can be a ground for removal.

All of this sounds very complicated, but lets put it into context to make it easier to understand.

Antonio Miguel lives in Mt. Vernon, NY. He is a Cuban native who arrived in the U.S. under the wet foot dry foot policy before the Obama Administration abolished it. He is a green card holder and has a clean driving record. While driving home from a house party, he is stopped by a police officer in Tarry Town, NY and charged with Driving Under the Influence of alcohol. This DUI charge by itself will not necessarily cause resident status, or deportation issues for Antonio Miguel. But consider how a slight change in the facts will alter the outcome.

Antonio Miguel is en route from Irvington, NY to Tarry Town, NY where he was attending a friend’s house party. He decides to drive home although he knows he has had a little too much to drink. While driving on the parkway, he swerves into the left lane and hits another car. The driver of the other car is seriously injured. A police officer who witnessed the incident charges Antonio Miguel with DUI. In this scenario, the car accident and injury to another person can elevate the DUI to a crime of moral turpitude, which may subject Antonio Miguel to removal.

Wilma obtained a green card through a L1 Visa and has been a U.S. resident for four years. She lives in Dobbs Ferry, NY and is a bad mother and a terrible driver. In the short time that she has been in New York, she has twice been charged with Driving Under the Influence of alcohol. After having been drinking all day at home, she runs out of liquor and decides to drive to the store to buy more. She loads her three-year-old daughter into the car and drives to the store. Only, before she can arrive at her destination, she is stopped by a police officer and arrested for DWI.

Here, Wilma has multiple factors that can cause removal issues for her. First, she has had two prior DUI charges. Also, there are aggravating factors that constitute CMT because she had a child in the car when she was driving under the influence of alcohol. 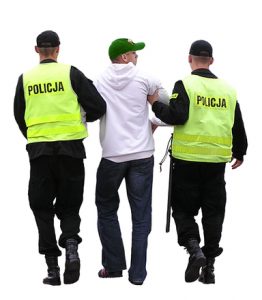 In short, a DUI/DWI crime or charge will not always lead to resident issues or deportation. It all depends on the facts of the case and the person’s driving history.

Are you a Legal Permanent Resident or Green Card holder who has been charged with a DUI/DWI and are concerned how if will affect your legal status in the United States? If so, give us a call. The Claro Law Firm serves Westchester County including Hastings-on-Hudson, Valhalla and Greenburgh, New York. New York traffic ticket attorney and NY immigration lawyer, Elisa Claro Esq. is waiting to help you with this difficult issue. Contact us now online at www.lawredress.com or by phone at 917-300-3334.