Here is a true story. Liza desperately needed a vacation after a long semester at college. Long days at school, studying, and temporary jobs had taken their toll. Liza met her sister AJ and they were headed for home. A road trip with her sister would be nice, but the nearly 1,000 mile drive from Idaho to California would be a killer. Liza roared through the open road, hair blowing in the wind, she smiled at the thought that home was just 50 miles away. Home sweet home! Flashing lights and a blaring police siren jolted Liza from daydreaming of home. Noooooo! Liza was being pulled over for speeding. How would this out of state ticket affect Liza’s NYS driving record?

Like Liza, many NYS drivers worry about how out of state tickets will affect his or her spotless driving record.  But, not to worry – virtually all out of state traffic convictions do not add violation points to a New York State driving record. The exception to this is traffic offenses committed in two Canadian providences.

Moreover, New York State will not suspend a person’s driver license if he or she fails to answer a California traffic violation (scoff). In fact, California is one of six states that will not suspend a NYS driving privileges for failing answer a traffic violation.  The other states are Alaska, Michigan, Montana, Oregon, and Wisconsin. In all other states, New York State driving privileges will be suspended until you submit proof to the NYS DMV that an outstanding ticket has been resolved.

END_OF_DOCUMENT_TOKEN_TO_BE_REPLACED

No one ever plans on getting a traffic ticket; and to be honest, they are annoying and confusing. They can also blemish a clean driving record or a nail in the coffin for a driver with too many points on his driver’s license. Anyone who has ever gotten a traffic violation has asked: “How do I make a traffic ticket go away?”

The truth is, traffic offense is unlikely to “go away,” but there are different ways to handle or fight a traffic violation. Some ways involve going to court and others avoid court altogether. The ways to resolve a traffic ticket in New York State are:

END_OF_DOCUMENT_TOKEN_TO_BE_REPLACED

We have all seen the sign that says “Buckle up, it’s the law.” The truth of the matter is that seat belts can save lives in a car accident. Adults know the consequences of not “buckling up” and bear the risk. But, children are different because they no not comprehend the consequences of not “buckling up” like that of an adult. That is why the law and courts take this violation seriously, especially when it comes to children who are passengers in a car.

With few exceptions, the law basically says that in order to drive a car a driver and all passengers must wear a seat belt. Pretty straight forward, but what are the consequences if you are issued a No Seat Belt ticket?

END_OF_DOCUMENT_TOKEN_TO_BE_REPLACED 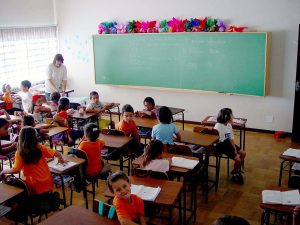 Driving carefully in a school zone is especially important because young lives are at risk. This is why the law is tough when it comes to school zone traffic tickets.

The law allows for slower speed limits around schools. The law that governs school zones is NYS VTL§ 1180c and defines a school speed zone as certain areas that border the highway. And, the law gives applicable time frames for what qualifies as a “school day.”

END_OF_DOCUMENT_TOKEN_TO_BE_REPLACED

A car can be deadly when driven unsafely around people on foot. Because a car has been likened to a “weapon,” the law is harsh when it comes to work or construction zone traffic tickets.

END_OF_DOCUMENT_TOKEN_TO_BE_REPLACED

A single speeding ticket is the only traffic violation that can cause an automatic suspension of driving privileges for too many points. That is how serious a speeding ticket can be.

The law is self-explanatory for speeding and NYS VTL§ 1180b says that a driver shall comply with posted maximum speed limits. But, it means that a person cannot drive faster than the posted speed limit sign. Everyone knows what a speed limit signs looks like and what it means.

END_OF_DOCUMENT_TOKEN_TO_BE_REPLACED

The Law and Its Exception

Tailgating or Following Too Closely has an ambiguous legal definition. The law says that:

END_OF_DOCUMENT_TOKEN_TO_BE_REPLACED

Running a red light is one of the most common traffic violations in New York State. Within the State and Westchester County, there are two ways to get a red light ticket: by a police officer or by mail via a red light camera ticket.

The Law and Its Exception

Every driver knows what a running a red light means. In fact, a potential driver must study this subject, be knowledgeable in it, and pass a written exam that test on this subject before being issued a driver license. So, drivers know, and the law (VTL § 1111-(d)) states that a driver cannot move his or her car until the light turns green. The only exception to the law is when an indicator (like a sign) allows a driver to continuing driving after having stopped for a red light.

END_OF_DOCUMENT_TOKEN_TO_BE_REPLACED

What Is The DMV Driver Responsibility Assessment?

It is a fee assessed by the New York State DMV that is paid over a three-year period. This fee is most commonly triggered by an accrual of 6 or more within 18 months to a person’s driving record. The fee is meant to punish or penalize “bad drivers” so that their bad driving behavior does not become a habit.