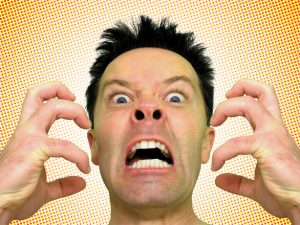 That morning had just been bad from the moment Liza Jane opened her eyes, awakened by the sound of her cell phone being hurled off the dresser by Toby, the cat. A slight headache from the stressful day she had yesterday still lingered. The silver lining of Toby waking her up was she forgot to set her alarm, and now had 45 minutes to get to her super important appointment in Mt Vernon, NY. Thankfully the roads were not slick this morning, but the other drivers were so slow!!! With teeth clenched, Liza Jane sped and weaved in and out of traffic. A mile from her destination, Liza Jane rear-ended grandma Emily. Witnesses later told police about her aggressive driving.

What does New York State define aggressive driving as? How does it differ from road rage?  Aggressive driving may include speeding, tailgating, frequently changing lanes while not using your signals, passing on the shoulder of the road, running stop signs, and/or red lights, passing a stopped school bus, and being a nuisance to others who are in a vehicle, on a bicycle, or on foot.

Road rage, however, is an escalation of aggressive driving. Road rage incites a driver to either attempt, or to actually cause damage, to another driver. A driver acting out of road rage also makes others fearful by his or her angry hostile behavior. The two can also be thought of this way: aggressive driving generally involves a traffic safety law violation; whereas, road rage usually involves criminal actions or attempts of violent behavior.

The behaviors that result from aggressive driving can quickly rack up points on your driving record. A speeding violation can range from 3 to 11 points. Reckless driving is a 5 point criminal misdemeanor in New York State; tailgating is 4 points. If you incur 6 or more points within an 18-month period, you will also have to pay a Driver Responsibility Assessment fee. Read more about the Driver Responsibility Assessment fee here.

In today’s hectic, fast paced and aggressive society, we all need help to relax . Here are some tips to avoid becoming an aggressive driver: always keep in mind that the decisions we make while driving can cause permanent and lasting harm, including death, to ourselves or those around us. Put things in perspective – is being on time to a nail salon worth a lifetime in a wheelchair? Give yourself plenty of travel time. Avoid rush hour when possible. Make the surroundings of your vehicle comfortable, like your seat.  What if, despite your best efforts you are still running late? Phone the other party and let them know you are running late, so you can focus on safe driving.

Have you recently received a traffic ticket or been arrested for a traffic related violation? Call the Claro Law Firm. Elisa Claro, Esq. of The Claro Law Firm is an experienced traffic lawyer who has handed thousands of traffic cases. As such, Elisa’s experience as a traffic attorney gives her familiarity with many of the police officers, assistant district attorneys, and city, town, and village prosecutors. Make the right decision in hiring our traffic ticket laws firm. Think of all the money you will save in increased auto insurance premiums, fines, fees and points which become a permanent part of your driving record.  Call The Claro Law Firm today at 917 300-3334 or visit us online